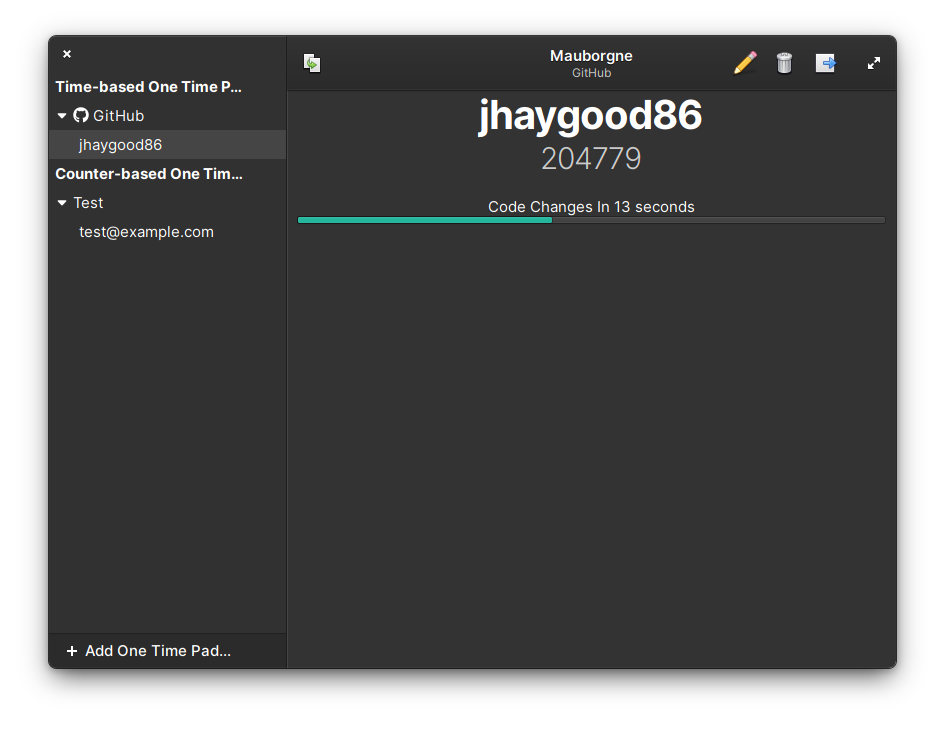 This app has been a labor of love during my parental leave. This app “scratched an itch” — I wanted an elementary OS native authenticator for all of my 2FA OTP codes

So, why do I think it’s the best app available?

If you are working with Postgres and using JPA via Hibernate, here’s a short cut to get MVCC without having to add an extra column to your database tables:

Postgres automatically creates and maintains the “xmin” column, and JPA already supports the concept of @Version columns. Hibernate adds on support for database-generated Version columns. Now, xmin is really a “xid” type, but it happily accepts casting to and from Java’s int type.

If you’ve developed with .NET before, you are probably used to seeing assertions like this:

You also probably mix up the order of actualObject and expectedObject, and even then, the assertion messages suck.
Enter Shouldly. It uses a much simpler syntax

It also gives you much better assertion error messages, such as “contestant.Points should be 1337 but was 0”.

I highly recommend it!

One of the things I do outside of my day job is to build web applications for small businesses. I wanted to share the dev stack I do that in, and why I choose them

I use .NET Core as my development platform. It’s a modern cross platform framework for building applications. It runs on Windows, Linux, and was natively designed to run in Docker without a lot of effort, and actually has officially supported base Docker images.

Data is a complicated piece of the puzzle in any application and can be split up into data storage and application level data access.

For applications that run on AWS or other Linux native environments, I generally go with Postgres for the database and on Windows I generally lean towards Microsoft SQL Server (the Express Edition for most projects since 10 GB is generally more than they’ll ever need)

Inside the application, most of the querying is done using Entity Framework Core, a new ORM developed by Microsoft that handles automatic change tracking and transaction management. If I need to, I’ll combine it with Dapper, which is a micro-ORM for mapping the inputs and outputs of raw SQL queries to models developed by the folks over at StackExchange.

While .NET Core (and by proxy, ASP.net Core) has a built-in IoC container, it’s very simple. However, its designed to be replaced natively by a more powerful container, and supplies abstractions for applications (and libraries) to consume so they aren’t tied directly to the built in container

ASP.net MVC actually has built in support for model validations (i.e., submitted data actually validates), but it’s not nearly as powerful as I’d like. Instead, I use FluentValidation, which actually integrates with ASP.net MVC and will run before the native validations by default. It’s flexible, integrates with the built in IoC abstractions, and supports async custom validators

This is a pattern that I fell in love with a few years back. The general idea is that instead of a bunch of services that combine querying data and commands to update data, you separate them into separate pieces, and potentially use models best suited for the task.

For that, I use MediatR, which is a great little lightweight project.

Note: I haven’t tested this on Entity Framework Core, but I imagine the behavior is the same

Let’s say you have the following class:

and then you have the following LINQ query:

then Entity Framework will generate a SQL query that looks like this:

passing in “Bar” as the parameter value for @Blarg

Now, what if the value never changes? There’s really no need for a parameterized value for @Blarg. How do you manage that?

In summary, if you want a parameterized query, use static readonly, otherwise use const.

If you use gRPC with .NET (C#), you might of noticed the generated files don’t have the <autogenerated> tag that tells the compiler to ignore code rule violations.

However, with gRPC 1.12.0, the bundled protoc compiler solves that!

I primarily work on “B2B” applications — for the most part, these are mostly either your basic CRUD operations and fancy reports glued together with fancy business logic.

For the longest time, a technology known as ORMs made CRUD operations a gazillion times more productive — essentially, since you had objects that represented your data, and you wanted to store those objects in database records, an ORM made it stupid simple to Create, Read, Update, and Delete those objects through various technologies.

ORMs have issues though: depending on the complexity of the query, certain classes of queries are “slow”. So, technologies known as Micro-ORMs started popping up: they bypass the query generation capabilities of ORM and instead use raw SQL and then map the results back to objects.

Micro-ORMs should be an optimization when performance problems arise — not a default way of thinking.

Trust me, that page with a form you persist? You don’t need Dapper. A simple list? You don’t need Dapper. A page that returns a gazillion objects using a query only Satan himself would think is good? Sure, use Dapper. But for simple things? Entity Framework or another full featured ORM should be used first, and Dapper used in specific circumstances where it makes sense.

My truck (2010 Ford F-150) recently had its warranty expire, and it was beginning to show problems resulting from both its age (8 years) and the accidents its been in (1 major, 2 minor). It also had HORRIBLE gas mileage on my daily commute (from Hiram, GA to Buckhead in Atlanta, GA — it averaged between 8 mpg and 14 mpg). So.. I convinced the wife to let me trade it in for something more economical.

And so we got the 2018 Chevy Equinox. It’s a compact SUV, same class as your Toyota Rav4 or Honda CR-V.

My fat fits perfectly. It’s a little snug on the sides, but not horribly so. The steering wheel doesn’t touch my gut or my knees. The seat belt actually fits! (It didn’t even in my F-150). I can reach the pedals just fine.

I highly recommend it for other large people looking for a compact SUV.

So, in the brave new world of microservice development, there’s this fancy technology called GRPC which allows you to define RPC-based microservices using Protocol Buffers as an IDL syntax and uses HTTP/2 as a transport underneath.

Now, Protocol Buffers’ IDL syntax supports enums. However, it doesn’t allow multiple enum values in different enums in the same namespace to have the same enum value, such as:

What to do, what to do? The Protobuf compiler will complain, because FOO and BAR are the same name because that isn’t compatible with C++

The cool thing is that the official C# compiler for Protobuf will convert this to idiomatic C# enums:

Second — apparently, if they didn’t install enough slack in the fiber cable running to the ONT, things will be bad!